Like a well-drilled soldier, the town of Windsor is shining its shoes and polishing its buttons ready to go on parade and be inspected by the world’s media on May 19, when Prince Harry and Meghan Markle tie the knot in St. George’s Chapel, Windsor Castle. Aside from its royal residence, the town is a smart address anyway, brimming with striking period architecture, situated on an idyllic stretch of the River Thames and bordering Windsor Great Park – 4,800 acres of wide-ranging parkland. The town receives 7.8 million tourists annually and thus has its share of lackluster chain restaurants and shops selling tourist kitsch. However, you don’t have to wander far off the well-beaten path to discover places that are fit for a king.

Royal wedding reading list: What you should know before Prince Harry and Meghan Markle’s big day

Tardis-like, the Macdonald Hotel cleverly hides its 120-rooms behind a slender Georgian façade on the High Street, opposite the castle. It has a cool London-in-the-suburbs vibe and in spite of its size feels boutique. The cocktail bar and Scottish Steakhouse, Caleys, have a nice buzz on weekends – try a Scottish craft gin, such as the Hendricks, and a Stornoway black pudding Scotch egg. For castle views ask for a feature double, furnished in purple velvets and chocolate brown silks and see if you can spot iconic Windsor sights in the black and white artwork. Elegant touches include crystal drinking glasses. Room 304 has the best views of the famous Market Cross House, with its distinctive wonk, (severe lean) built in 1718. Spring Packages start from £79 B&B 23 High St

It’s just a 10-minute stroll from the castle, down shop-lined Peascod Street, to St Leonard’s Road – an altogether more relaxed Windsor scene. Here, you’ll find a firm favorite with locals, the award-winning Al Fassia restaurant, which has been serving up top-notch Moroccan cuisine since 1996. Try the pastries filled with chicken and almonds, followed by a specialty tajine – lamb with sweet prunes – washed down with a Moroccan wine recommended by affable head waiter, Hicham. 27 St Leonard’s Rd.

With its monochrome interior and simple wooden tables, Misugo is a stylish yet simple Japanese restaurant, with a vast sushi menu and beautifully filled bento boxes, chock-full of low-fat and healthy ingredients – perfect for a travel detox. Tune in to their “minimum fuss” ethos and relax with a glass of Asahi beer, while your food is freshly made to order (watch the sushi chef’s nimble fingers at work) and expect to arrive as each dish is ready. If you fancy a night in they’ll deliver to your hotel through Deliveroo. 83 St Leonard’s Rd.

The Two Brewers, which sits snugly on Park Street by the George IV Castle Gates, is the most atmospheric pub in town. Built in 1709 and established as a public house in 1792, it has a wonderfully shadowy decor of dark wood, open fires and candlelight. It’s split into two bars, with just nine tables, so book ahead. Food is tasty, locally sourced, simple pub grub – fishcakes the size of saucers and juicy steaks – but it’s the beer and conversation (no fear of loud music drowning that out) that make this place so popular. 34 Park St

For a late night cocktail head to No. 5 St Leonards Road, with its extravagant decor – think red leather padded walls and sexy lighting – and extensive drinks menu, all expertly mixed by owners Tracey and Kate. The style may look a little naughty but don’t be fooled as these two ladies are all about girl power, so gentlemen must behave at all times. 5 St Leonard’s Rd. 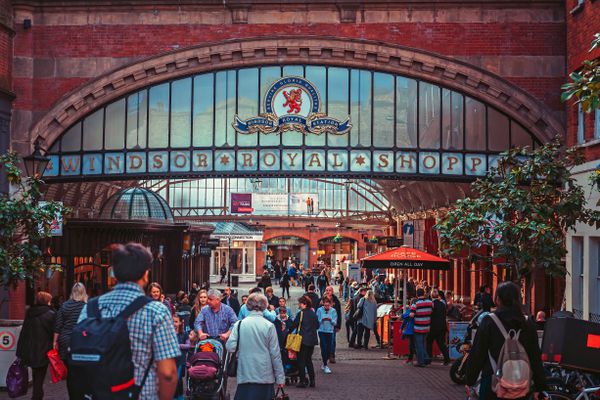 You’ll never know what you’re going to find in this treasure trove of preowned designers and top-end high-street fashion – a feather hat for Ascot Races; Gucci sunglasses for St Tropez; a Lulu Guinness handbag just because – it is always exciting to discover what’s new at the Changing Room. If you’re really lucky you may come across a steal such as a classic pair of sparkly Jimmy Choo’s at a fraction of the original price. Locals love it but it’s still a secret to out-of-towners, which adds to its appeal. 57a St Leonard’s Rd. 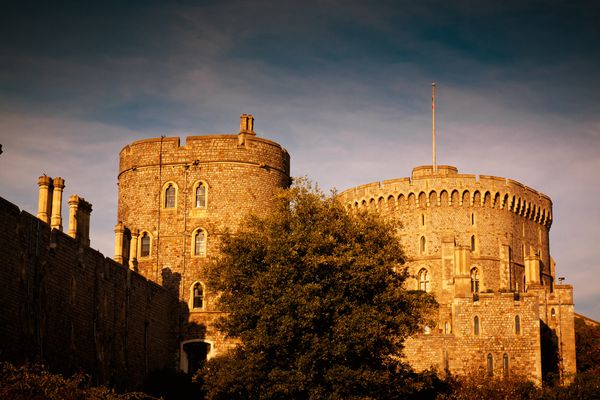 Queen Elizabeth is the 39th monarch to have lived at Windsor Castle since it was founded in the 11th century by William the Conqueror. It has everything a proper castle should have, including immense sandcastle towers pleasingly slashed with arrow slits, and a Queen who lives there. Highlights include the state rooms; Queen Mary’s dollhouses and a vast fine art collection including works by Holbein and Rubens. In St. George’s Chapel don’t miss the lovely wooden oriel (bay-windowed balcony) that Henry VIII built for his first wife Catherine of Aragon, so that she could attend chapel services unobserved. The beautifully carved pomegranates (her emblem) that decorate it were worn away by her nervous caress. 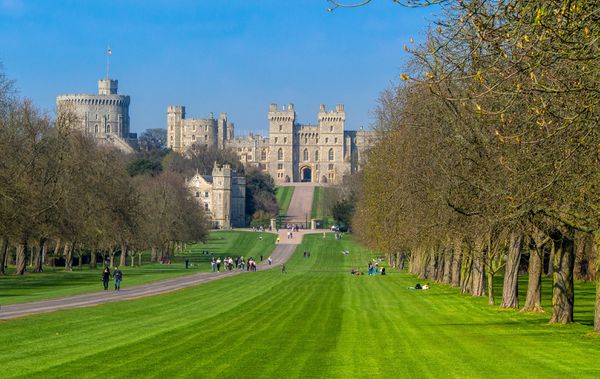 The Long Walk is a 4.2-kilometer straight line from the castle gates to a statue of George III.danieldep/iStock Editorial / Getty Images

The Long Walk stretches in an impressive 4.2-kilometre straight line from the George IV Castle Gates to the Copper Horse statue of George III, in Windsor Great Park. It’s not unusual to see the Duke of Edinburgh here taking the reins of his four-horse buggy – although no tourist ever recognizes him in his scruffy tweeds. In summer months families picnic under the wide canopies of the horse chestnut trees; kids play ball games and dog-walkers stroll – this is Windsor life at its most relaxed. Also, keep an eye out for the herd of 500 red deer (including two resplendent stags) once you reach the white gates. 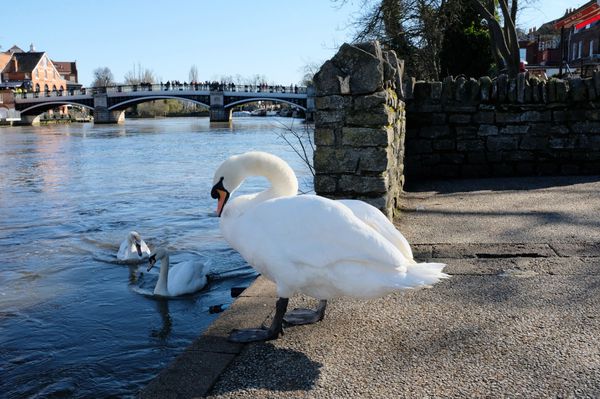 The Queen owns all of the swans on the River Thames (there’s even a dedicated swan warden) and you would think they know it the way they snootily hiss and peck at every passer-by. To make friends, buy a bag of bird feed from the no-frills Mamma-Mia Café by Windsor Bridge, then rent a boat (motor or row) to take in the loveliest views of Windsor Castle from the water.