For the first time in five years, the familiar sight of 128 Canadian flags standing tall along Windsor’s riverfront will not return for this year’s Remembrance Day — but officials say a surge in last-minute support could possibly change that.

On Friday, Veterans Voices of Canada announced on social media it would be indefinitely shutting down the Flags of Remembrance project in Windsor due to a “lack of support over the last few years.”

The most visual component of the project is 128 flags that go up in September and come down shortly after Remembrance Day in November. The display honors the approximately 128,000 Canadian soliders who have been killed or gone missing.

But putting the flags up and monitoring their condition is just one part of the project. Volunteers are needed to help organize opening and closing ceremonies which typically welcome local politicians and veterans groups.

Other volunteers are responsible for coordinating fundraising efforts, with money going toward non-profit organizations and plaques that appear along the flags, according to Veterans Voices of Canada founder Al Cameron.

“For the fundraising committee, we’d need probably four to five people doing that. For the flag-raising aspect of it, we’d need 20 to 30 people to make that an easy and quick deal,” said Cameron.

“But then there’s the ceremony. And if you’ve seen the video [of ceremonies in other participating cities]you’d understand it’s a fairly sizable commitment to make that happen.”

Al Cameron, founding executive director for Veteran Voices of Canada, has Friday the group’s flag project along Windsor’s riverfront has come to an indefinite end due to a lack of support. (Sanjay Maru/CTV News Windsor)

Cameron said he decided to pull the plug on this year’s project “about three weeks ago” after just a handful of volunteers, led by two people, stepped up to support it.

“It’s just too much stress for two people to run it. Kirk basically took the full brunt of the work. He’s a working man, he put so much extra time into this and it was very stressful for him,” said Cameron, referencing Windsor project liaison Kirk St Pierre.

“The support wasn’t there … so to prevent that stress from continuing on for Kirk, we decided we just couldn’t do it anymore. Unfortunately, that’s what our decision was.”

For St. Pierre, COVID-19 may be the biggest reason why support for the project has dwindled. In recent years, the pandemic prevented ceremonial gatherings but volunteers were still able to put the flags up.

Another reason, he added, was the exit of the project’s previous coordinator who left due to family reasons.

“The people that were involved prior had a great deal of connections within the community and did a fantastic job,” said St. Pierre.

“The fact of the matter is, now, we’re putting these up and there’s no sponsors … So right now, we’ve been running at a deficit for the past couple years for cost and materials and cost of flags.”

For the project not to continue, St. Pierre added, is the end of one of Windsor’s most familiar sights.

“You can’t imagine it not being there. If you have any connection to Canadian Forces or first responders, when you understand that it’s a tribute to them, it’s pressed hard to let it go for sure—and it’d be a shame to see it lost.” 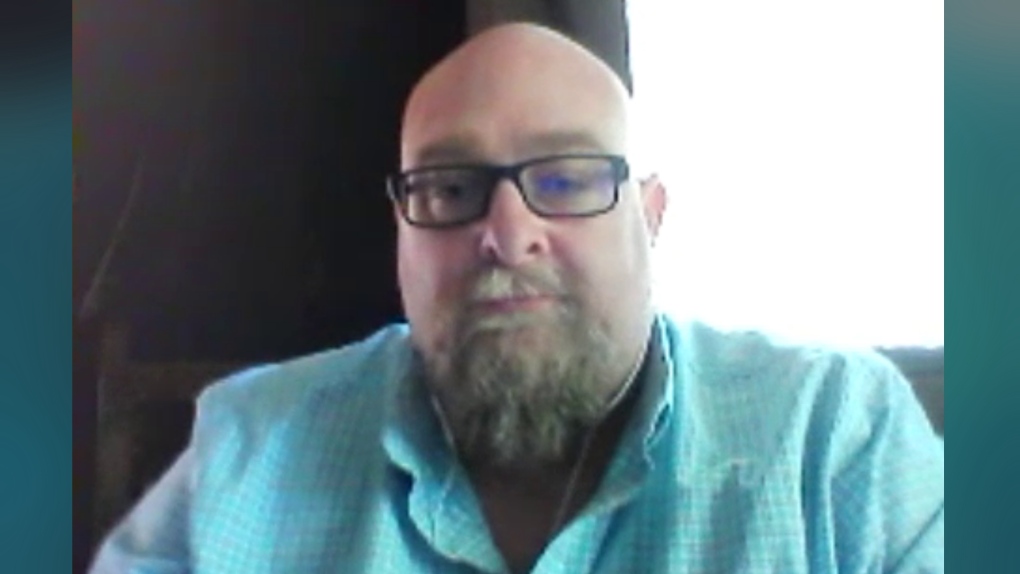 Kirk St Pierre says it would be a shame to see the 128 flags no longer flying along Windsor’s riverfront. (Sanjay Maru/CTV News Windsor)

Within hours of Cameron notifying the public of the project’s shutdown, dozens of people left comments on social media to find out how they could help the project continue.

But the reversing course is not as simple as a team of volunteers stepping up at the last minute. Cameron said when he made the decision to pull the plug on the Windsor project, they disposed of their flag poles.

“We are going to have to replace those flag poles again, unfortunately. So that’s a big thing in itself. The flags can’t fly without flag poles,” said Cameron.

If support, both in terms of finances and manpower, does come through at the last minute, Cameron said there’s a chance the project could resume this year.

“We need donations to make this happen. If we can get a couple of good corporate site sponsors, welcome aboard,” he said.

So there’s a lot involved and a lot needed. I hope we can say we’re going to do it here again in Windsor. Anyone who wants to be a part of this, please, please get in touch with us.”

Transit Windsor ridership has rebounded. Too effectively, in accordance with riders