Amid a sharp rise in food banks use locally and across Canada, those relying on the services say they need food banks to survive, and those who run food banks are pleading for more support.

At the Adie Knox food bank on Thursday, everything was gone in only 45 minutes. Most of the people standing in line were international students studying at Windsor. Other residents were waiting in a drive-thru lineup.

One student said food banks are essential for people like him.

“This is the best thing for students because we struggle for money in the beginning,” said Dipan Sharma.

An annual report released Thursday by Food Banks Canada said there were nearly 1.5 million visits to food banks across the country in March, marking a 15 per cent increase in the number of visits in the same month last year and 35 per cent higher than visits in March 2019.

The increase is not a surprise to June Muir, the CEO of the UHC Hub of Opportunities.

“I wasn’t shocked because of the increase that we’re seeing right here in Windsor-Essex,” Muir said. “But it immediately told me that I need to do something. I have to help people in need and it made me quite sad to think that that many people needed to utilize the food bank.”

According to Muir, more than 46,000 people were served by Windsor-Essex food banks from January to September of 2019. In the same months this year, that number climbed to more than 74,000.

It is an increase of about 61 per cent.

At the Adie Knox food bank, Sharma said the length of the line was not as long as other days, calling it “medium” in length.

Windsor residents line up to receive food at the Adie Knox food bank. Food bank usage has increased 61 percent in three years, according to the UHC Hub of Opportunities. (TJ Dhir/CBC)

Other Windsor residents said inflation is the main cause of the increase in food bank use, both locally and nationally.

“Everything is very expensive,” said student Darshan Dave. “We have to expand our budgets.”

Residents on fixed incomes, like Julie Cloutier, are also finding it difficult to keep money in their wallets.

“You have to go to a food bank to survive because if you don’t, you ain’t gonna survive on squat.” 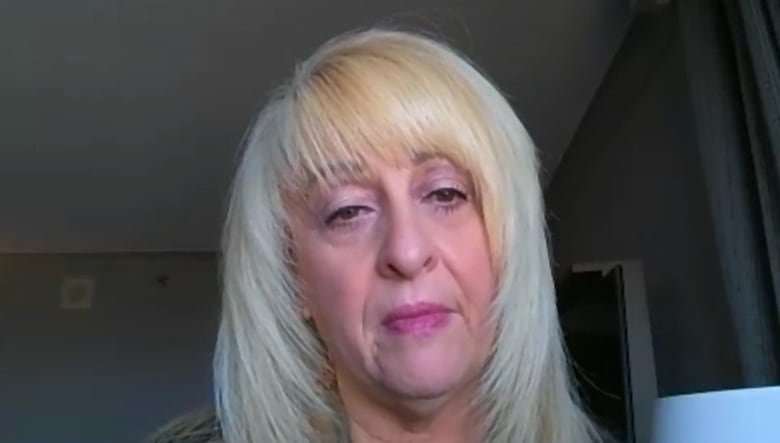 June Muir is the CEO of the UHC Hub of Opportunities. She is not surprised that food bank reliance has increased over the past three years. (TJ Dhir/CBC)

Another Windsor student agrees that inflation is among the big drivers in food insecurity in the region, but he also has another theory as to why food bank dependence is rising.

“You don’t have that many job opportunities as well,” said Ahmed Hassan. “As students, when we came here as soon as we did, we had our own finances planned out, but inflation and high prices are shaking us so much right now. So things like this do actually help you out.”

“If everyone did that, we would be able to buy and purchase foods that are needed and we’d be able to help everyone,” she said. “You can [also] donate by dropping off food at one of the locations.”