Lady Louise Windsor has been seen driving Prince Philip’s carriage, which she inherited from him following his death in April

Lady Louise Windsor is a keen carriage driver and would sometimes accompany her grandfather, Prince Philipwhen he drove his.

Their shared bond over carriage driving led to the Duke leaving her his carriage when he passed away in April.

WATCH: The Earl and Countess of Wessex take their children out litter picking

In pictures obtained by the MailOnlinethe young royal was seen driving the carriage around the grounds of Windsor Castle.

She wasn’t on her own, as she was joined by an aide, and her mother, Sophie Wessex was also pictured partaking in the sport – although with a much smaller carriage.

Lady Louise wore a casual look while driving the carriage with beige trousers and a navy polo top. She also made sure to wear a protective helmet, and her blonde hair was done up in a ponytail.

The carriage left to Lady Louise was Prince Philip’s most recent one, which he began using at the age of 91 for riding around Windsor and other royal estates.

Made of aluminum and steel, it was built to the royal’s specifications eight years ago, drawing on his knowledge of FEI (Federation Equestre Internationale) driving. 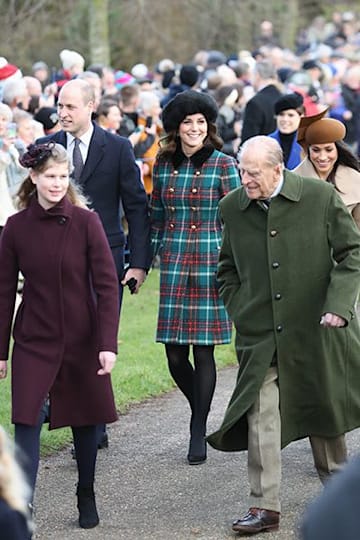 Lady Louise had a close bond with Prince Philip

On the day of his funeral, the 17-year-old paid her grandfather the sweetest tribute by wearing an equestrian brooch, which featured a horse’s head and a curled whip.

The teen has an exciting time coming up, as she’s set to show off her talents at next month’s Royal Windsor Horse Show.

The news was confirmed in a report by The Daily Mail’s John Eden.

The young royal has already competed in major events, achieving third place at the same event in 2019, where she was cheered on by her late grandfather

It’s not currently known if she’ll use the carriage and ponies that she inherited. 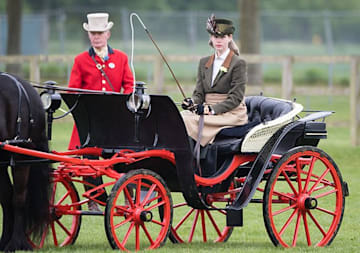 The young royal is a keen carriage driver

In a virtual interview last May at the Royal Windsor Horse Show, the Countess of Wessex said of her daughter’s carriage driving talents: “She is naturally so good at it, she really is. It’s something that she has taken to very well.”

And in an interview earlier this month, Sophie praised her daughter’s “newfound confidence” and how participating in the Duke of Edinburgh award had “broadened her horizons”.

Speaking to The Telegraph, Sophie said: “She’s loved it, it’s really pushed her into doing things that she’s had to schedule into her routine.

“She’s quite a committed person anyway. This is the kind of thing that really ticks the boxes for her. But in terms of confidence, it’s given her a huge amount.”

Windsor will get $2.8M fee for internet hosting Caesars Windsor