The Earl and Countess of Wessex’s daughter, Lady Louise Windsor, has followed in her grandparents’ footsteps with her love of equestrian sports

The Earl and Countess of Wessex‘s daughter, Lady Louise Windsorwas pictured enjoying a horse ride in Windsor on Thursday.

The 17-year-old wrapped up warm in a red jacket as she rode her horse near Windsor Castle, where her grandparents the queen and the Duke of Edinburgh are currently residing.

The royal has followed in the monarch and Prince Philip’s footsteps with her love of equestrian sports, and has proved himself to be a talented carriage driver.

WATCH: The Wessexes join volunteers at Southsea beach in Portsmouth

Prince Edward and Sophie live at Bagshot Park in Surrey with Lady Louise and their son, James, Viscount Severn, just a short drive from Windsor.

Lady Louise revealed during a public outing with her parents that she is studying English, History, Politics and Dramaas the Wessexes joined volunteers from the Marine Conservation Society last summer.

The teenager received her GCSE results last August, but her grades were not made public as Buckingham Palace said Lady Louise’s grades were a private matter. 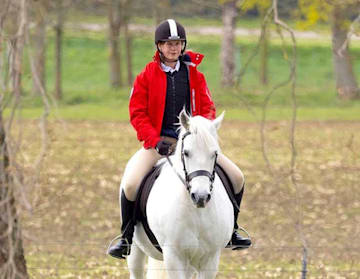 Lady Louise is a keen horse rider like her grandmother, the Queen

She is also among the students who would have sat her exams for her AS-Levels (the first full year of A-Level study), this year.

However, it was announced in January that this summer GCSEs and A-Levels grades will be awarded on the basis of teacher assessment instead.

In an interview with Sky News in February, Prince Edward opened up about his children’s homeschooling experiences during lockdown.

The Earl said: “The eldest one, Louise, she had her GCSEs interrupted last year, so we went through that whole pain of just having all of that suddenly taken away and so she sort of struggles a bit with the online learning because she’d much prefer to be with everyone…”

As for James, Prince Edward revealed that he has found being at home “fantastic”. 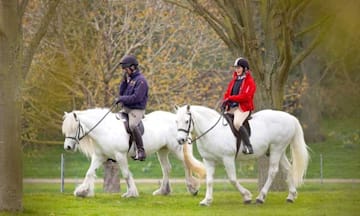 Lady Louise was born on 8 November 2003 at Frimley Park Hospital and is the Queen’s youngest granddaughter.

She is currently 14th in line to the throne behind her younger brother James, as she did not benefit from the changes made in The Succession to the Crown Act (2013), which states that girls will not be overtaken by younger brothers.

The Act only applies to female royals born after 28 October 2011, such as princess charlottewho kept her place as fourth-in-line after the birth of her younger brother PrinceLouis.