Instead of being jailed or hospitalized, people without a home and experiencing a mental health or addiction crisis may no longer fall through the cracks.

Those 16 or older will mainly be referred to one of the centre’s four beds by police, as a way to help people in crisis without locking them up overnight.

“Police are human beings too. They know these people don’t belong incarcerated, but often they have nowhere else to go,” said Stephen Govette, manager of housing, facilities and employment services at the CMHA.

“They know the individual needs assistance and support, but there really was nowhere to go at 9 o’clock on a Saturday night or 1:30 on a Sunday morning,” he said, adding that hospitalization may not be appropriate either.

Stephen Govette is manager of housing, facilities and employment services at the local Canadian Mental Health Association. He hopes to one day expand the Safe Bed program. (Jason Viau/CBC)

Vagrancy or petty crimes related to someone’s mental health or addiction are a few examples of when someone may be referred to the Safe Bed program, instead of being jailed.

In addition to having a place to sleep and a warm shower, the CMHA offers more than just mental health resources at the home. From laundry to interacting with landlords, people are expected to learn the basics on how to maintain a place of their own.

“I think so many times people get placed into a unit where they can live, but they don’t quite have those skills to stay there and to uphold it,” said Zoey Azlen, a life skills worker with the CMHA at the Safe Bed centre. “So I think that’s what we’re really trying to do is give them a decent foundation.” 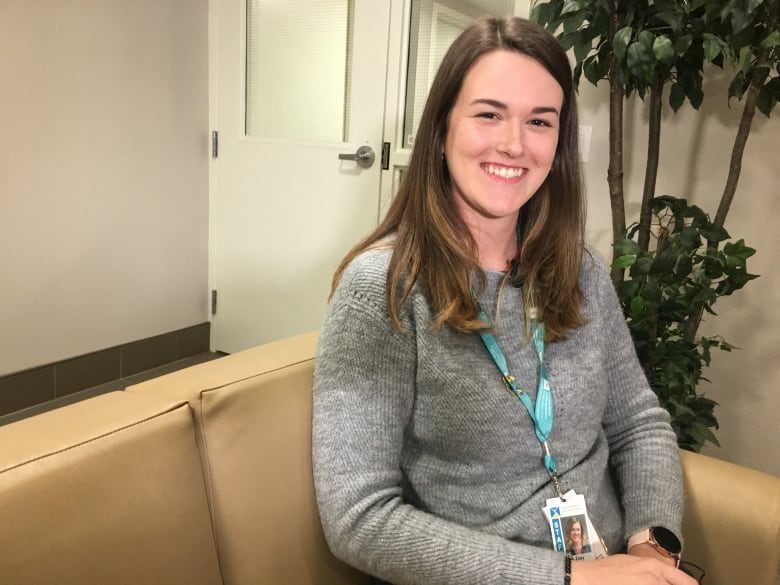 Zoey Azlen, a life skills worker with the Canadian Mental Health Association, will help people work towards living on their own. (Jason Viau/CBC)

Funding from the Ministry of Health and Long-term Care helped bring this year-long plan to life. Roughly $335,000 was spent renovating the home, adding security features and a fire sprinkler system.

Right now, the program operates from 4 pm until 8 am During the day, people enrolled in the program are expected to attend HDGH’s Transitional Stability Center (TSC) for programming, meals and support.

Given that it’s not a mandatory part of the program, there’s a risk those seeking help may get themselves into trouble.

“It’s certainly a possibility, but I think the fact that meals are off-site will get them to the TSC for the meal,” said Govette. “Once they’re through the door and they realize that it’s a place that has something to offer, they will pick up on some of those other programs a services — that’s the hope anyway.” 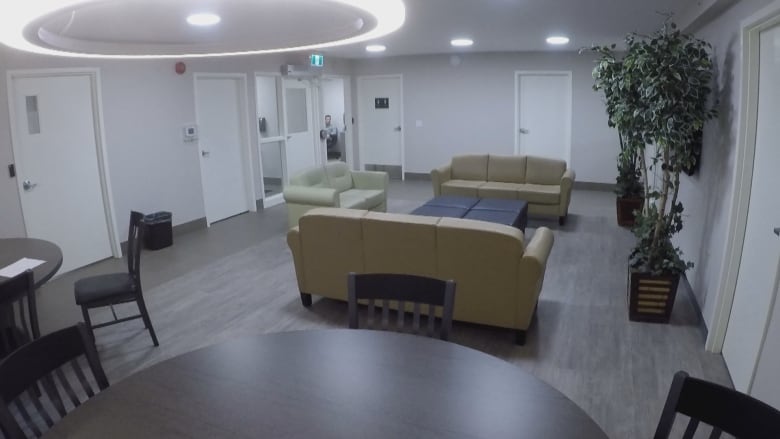 A home in downtown Windsor is used to run the Safe Bed program, which includes common spaces for the people who live there for up to 30 days. (Jason Viau/CBC)

The short-term stay can last no longer than 30 days. Afterwards, those people requiring supports are referred to other resources in the community.

The CMHA offers rent subsidies and supportive housing. They may also be referred to an addiction program, a rest home, a room-for-rent program or the Downtown Mission.

“The goal of this program is to get the person admitted, get them comfortable and then start sorting through the crisis that brought them here,” said Govette.

Although the Safe Beds program only occupies the main floor, there’s room to grow. There’s space for an additional eight beds upstairs, which is partially renovated.

“The biggest hurdles are going to be budget and funding. We need extra staff for that,” said Govette.

Down the road, Govette hopes to get more funding to operate the center around the clock. Currently, two clinical staff and a security guard are present during the afternoon. Overnights, one clinical team member is on site.