A rise in food bank users over the last few years means the Windsor-Essex Food Bank Association is all the more in need of donations.

Shelves are “not near where we should be” heading into the holidays and the new year, said June Muir, CEO of the Hub of Opportunity, formerly know as the Unemployed Help Center (UHC), and president of the Windsor-Essex Food Bank association.

She added that the UHC saw a 74 per cent increase in demand during the pandemic, compared to the year before. In total it served more than 115,000 people.

“They came for help and the help was needed,” Muir said, adding that many of those who used the services were “new faces.”

UHC drive-thru food banks offer as many as 1,100 hampers each week for people who need them. But CEO June Muir said they still turn people away at times. (Darrin Di Carlo/CBC)

She also said that the food collected from this year’s June 27 Miracle Day is already gone, and that food banks are very much relying on any and all donations.

Every Tuesday and Thursday, the UHC hosts a drive-thru food bank where people can drop by to pick up a hamper of food. Between the UHC and Adie Knox Herman Arena sites that host the program, Muir said they make 1,100 hampers a week.

LISTEN | June Muir speaks with CBC’s Windsor Morning about the need for food:

Sometimes, Muir said, they can’t accommodate all the people who need the service and have to “turn people away.”

“I think people don’t realize, they think ‘Well people are back to work there is no need,’ but there truly is,” she said.

Muir added that financial donations are sometimes better, as they allow the association to buy fresh produce and meats, which can’t be donated.

Sounds of the Season is CBC Windsor’s annual fundraiser in support of the Windsor-Essex Food Bank Association. It’s also a chance to take a closer look at the reasons people in our city are in need, and the steps being taken to help them. 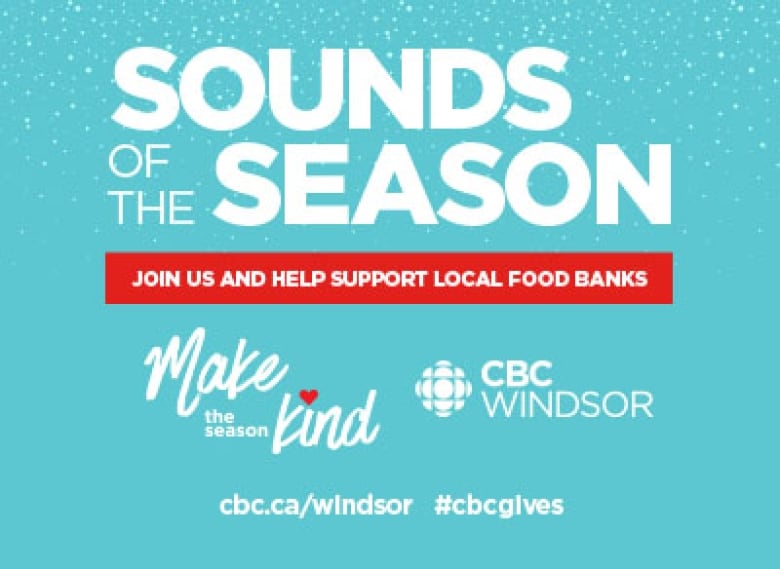