Is chic tropical living the next big thing when we want to lose ourselves in aspirational interiors fantasies?

That would be a yes, judging by the latest work of a photographer who’s devoted 12 years to putting a community of US beach homes in the frame — and who now has an eye on immortalizing residences within shouting distance of her new address, having exchanged Florida’s balmy shores for the windswept west coast of ireland.

In an Olivia O’Bryan-decorated house designed with Merrill, Pastor & Colgan, the living, kitchen, and dining areas converge under a vaulted ceiling.

Award-winning interiors and architectural photographer Jessica Klewicki Glynn, together with her husband Gerard and their daughter, Keira, relocated during the pandemic from West Palm Beach to County Mayo.

Prior to setting up home in Ireland, Jessica spent over a decade documenting the planned community of Windsor, located on a barrier island in Vero Beach, along Florida’s Treasure Coast. “It’s tropical living at its most chic,” says Jessica.

The story of Windsor, a private club community, began in 1989 when Galen and Hilary Weston of Toronto, Canada, visited South Florida in search of a winter home for themselves and their children.

Initially, the Westons built a few homes for friends and family and a polo field, to be followed by a championship golf course — and then their vision of “a community with small-town charm, world-class sporting amenities and sophisticated cultural events” . 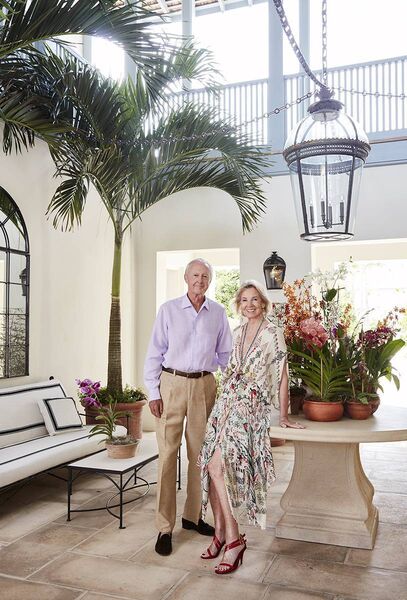 “One of my first projects for Windsor was a two-day photo-shoot in 2009,” says Jessica.

“My daughter was only three months old at the time. I was thinking of putting it off until she was a bit older; however, Windsor welcomed me and my family. They put us up in a two-bedroom suite. 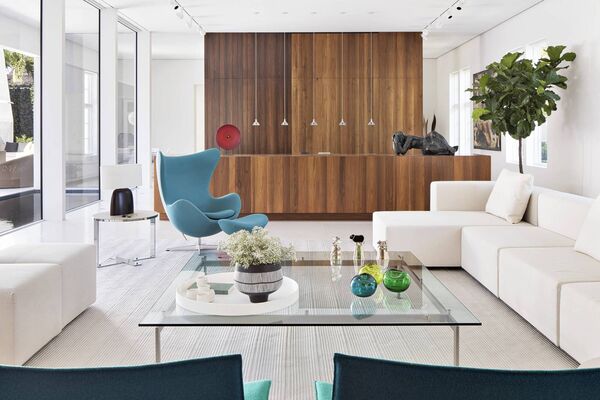 “My parents came and watched — my daughter and my husband assisted me. I immediately thought: ‘Wow, this is an amazing family-oriented community’.

“Not only is Windsor architecturally stunning and unique but a great place for families to bond and come together. I believe this was one of the founding principles that Hilary and Galen Weston wanted to create when they founded Windsor.”

Jessica’s Windsor photographs are now on display in a newly published book Beachside: Windsor Architecture and Designwhich shows how these homes aim to offer elegant yet casual seaside living in a landscaped village, planned by the renowned New Urbanists Andrés Duany and Elizabeth Plater-Zyberk.

The village boasts houses by A-list architects and leading interior designers, among them John Stefanidis, Steven Gambrel, and Alessandra Branca.

The interiors, all executed with exquisite craftsmanship and appointed with fine finishes, range in style from traditional to sleekly contemporary.

Published by Vendome Press this is a coffee-table book filled with bougainvillea-framed entrances, airy open-plan living-dining rooms, cozy studies, and bedrooms that open onto balconies with sweeping ocean views. 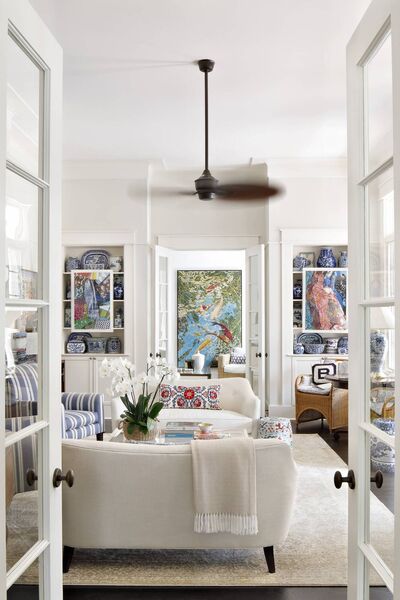 In this living room, built-in shelves didn’t stop the owner, a former art adviser in the Bahamas, from hanging canvases, layering them atop an assortment of blue-and-white china.

beach side is penned by Brooklyn-based author Hadley Keller, who is a digital director at House Beautifuland has an introduction by James Reginato, New York, writer-at-large for Vanity Fairand contributor to Sotheby’s Magazine.

Galen Weston was a business innovator and chairman of George Weston Limited, one of North America’s largest food processing and distribution companies. He was also the chairman of Selfridges Group, a collection of iconic department stores that includes Selfridges & Co (UK), Holt Renfrew and Ogilvy’s (Canada), and, here in Ireland, Brown Thomas and Arnotts. 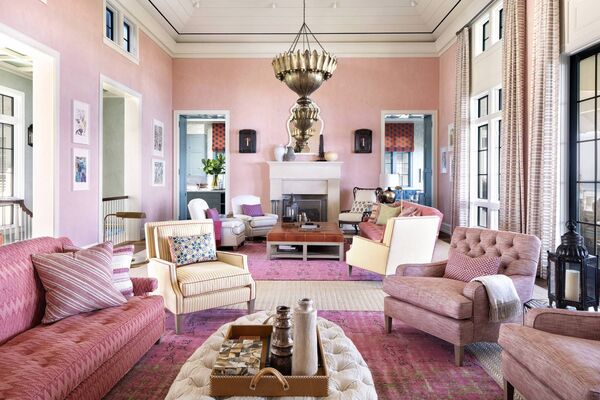 For a Morocco-loving family, Steven Gambrel channeled the spirit of Tangier with textiles and plaster walls in saturated colours, as well as a Moroccan chandelier. Pictures: Jessica Glynn Photography

Dublin-born Hilary Weston, one of Canada’s most influential women, recognized for her philanthropic work, her business acumen and her high-profile public service, served as the 26th Lieutenant Governor of Ontario from 1997 to 2002.

Famously, Galen Weston gave his wife Brown Thomas as a wedding gift after their marriage in 1966.

And as Jessica completed her visual narrative of the Westons’ architectural utopia, she was just opening a dream-build chapter of her own.

A peripatetic lifestyle had preceded the Glynns’ move to Kilmovee, Co Mayo, during the middle of the pandemic in January 2021.

“My husband is Irish and from the neighboring town of Kiltimagh. We moved from Palm Beach, Florida, where we’d lived for the past 15 years,” says Jessica.

“We have lived around the world together in Boston, London, Sydney, and Auckland. We thought it was time for a change and thought it would be lovely to raise our daughter here.” 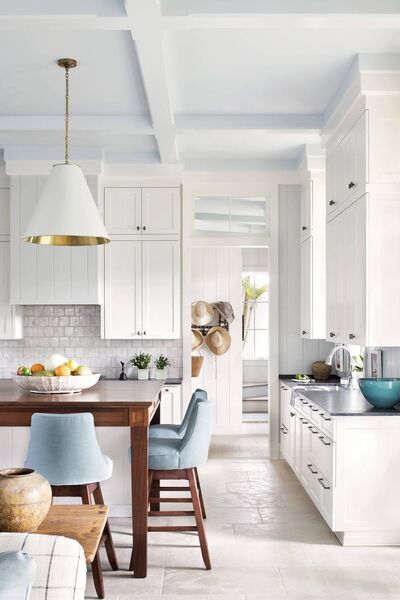 An Olivia O’Bryan-designed kitchen features a ceiling in pale blue, the shade common on porch ceilings in the American South, rooted in the Creole tradition of warding off evil spirits.

Gerard, a farmer/builder, is renovating the house they bought at auction two years ago while they still lived in the US. “It was half-finished, It had a roof, walls and windows but nothing else was done,” says Jessica.

“He has been working on it since March. He is doing everything – he’s added a loft, insulation, slabbing, groundworks. We hope to move in by February.”

I wonder how Jessica finds the difference in shooting light here, when she’s had so many years accustomed to stronger sun rays.

“The light in Florida is amazing and powerful,” she says. “There are so many beautiful pink skies and puffy clouds. However, the Irish cloudy weather and light is soft and lovely to work with as well.” 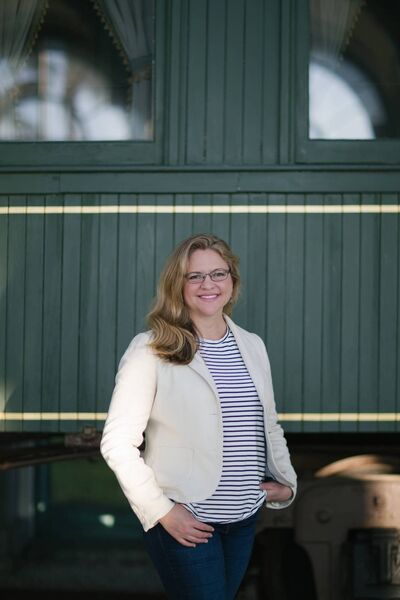 As for how photographing architecture and interiors in Ireland compares with portraying their counterparts elsewhere in the world, she says: “I love to use natural light when I am shooting. When I do that here in Ireland, I have to be careful to make sure the image still feels warm and welcoming by having fresh flowers, a lit fireplace, some extra lighting, or a signature light turned on.

“When I am retouching photos from Florida I could spend hours taking glare and reflections out of photos, here I don’t have that problem as much.” 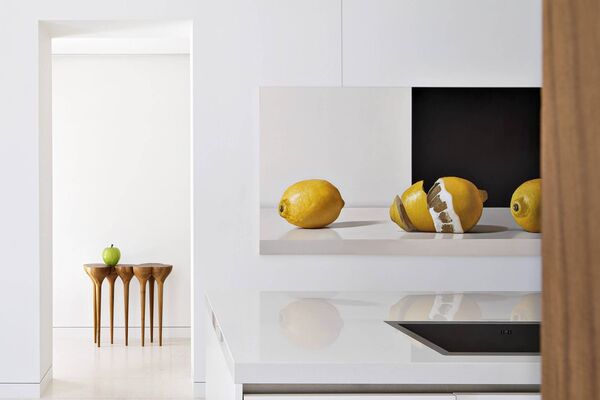 Jessica is now working on a book on world-class Irish residential architecture and interiors: “I’m looking for newly restored castles or manor homes, seaside eco-retreats, authentic Irish cottages, rustic farms, and extraordinary gardens. Feel free to contact me if you have any suitable projects for consideration, email [email protected]”

Jessica has loved photography since taking her first class in the subject at 14 in high school. “Someone once said to my grandfather that I better get used to working at the local coffee shop with a degree in photography,” she says. “It’s nice to prove people wrong and to help encourage artists to follow their dreams.”

One other car stolen from East Windsor driveway