Stars of the British stage and screen have assembled in London to lay acting icon Dame Barbara Windsor to rest.

The EastEnders and Carry On legend passed away in December at the age of 83 following a long battle with Alzheimer’s disease.

She took part in extensive fundraising for the Alzheimer’s Society during the final years of her life.

Windsor was laid to rest this afternoon in a private ceremony at Golders Green Crematorium in North London.

The star’s coffin was accompanied by flower displays reading “The Dame”, “Saucy” and “Babs”. 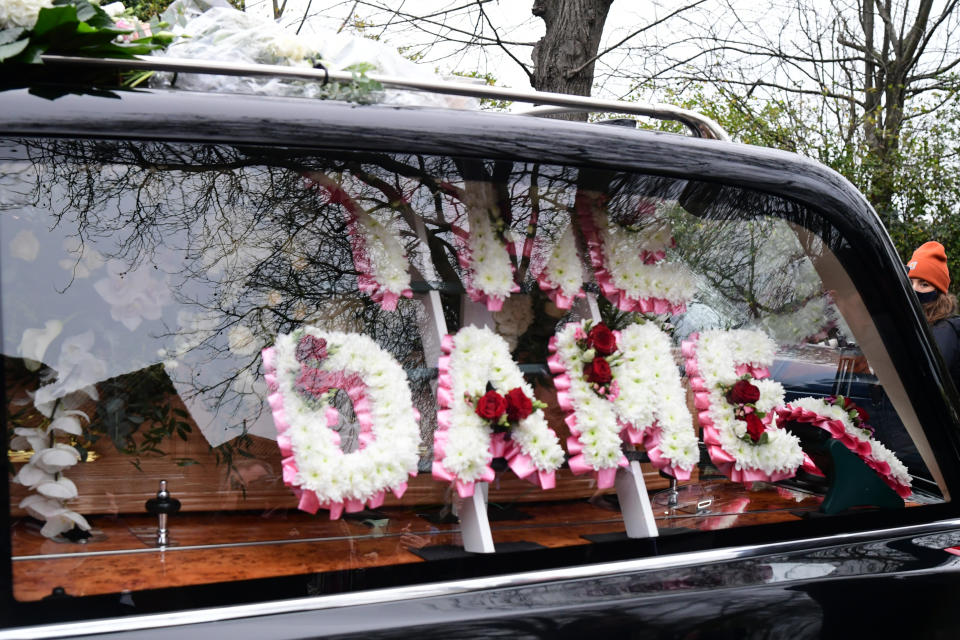 Her on-screen son Ross Kemp — who played Grant Mitchell in Eastenders — delivered the eulogy at the service, attended by celebs including David Walliams, Matt Lucas and Christopher Biggins.

The ceremony was also attended by journalist and Loose Women panellist Jane Moore, as well as other EastEnders actors including Dean Gaffney and Jamie Borthwick.

Under the current COVID-19 rules, no more than 30 people are able to attend a funeral in England.

Guests arrived at the service wearing face masks in accordance with the current rules. 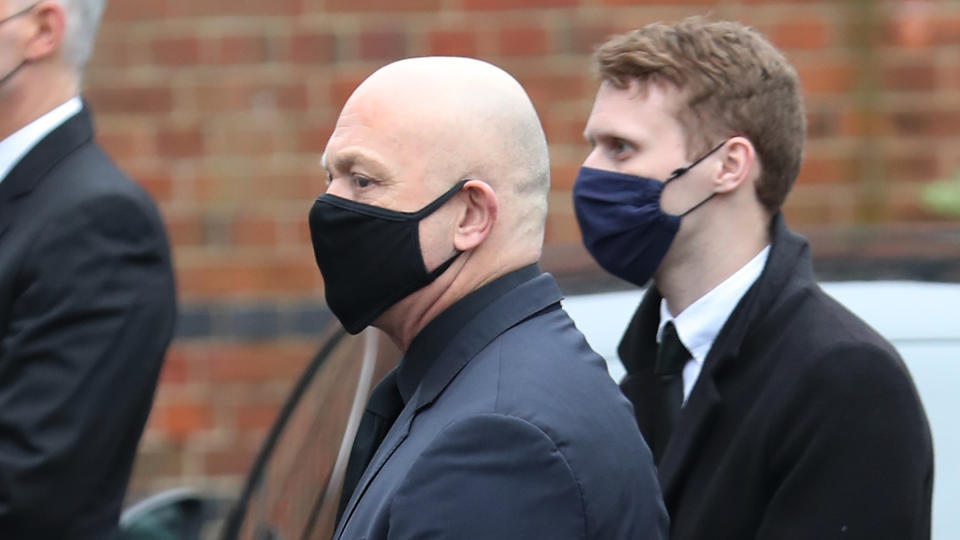 Ross Kemp and Jamie Borthwick during the funeral of Dame Barbara Windsor at Golders Green Crematorium on January 08, 2021. (Photo by Neil Mockford/Getty Images) 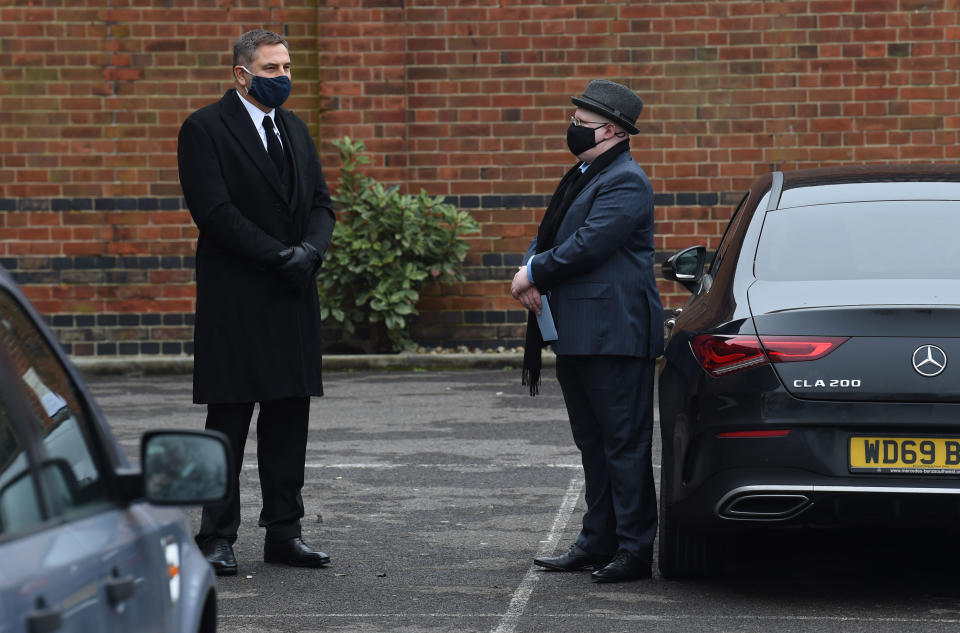 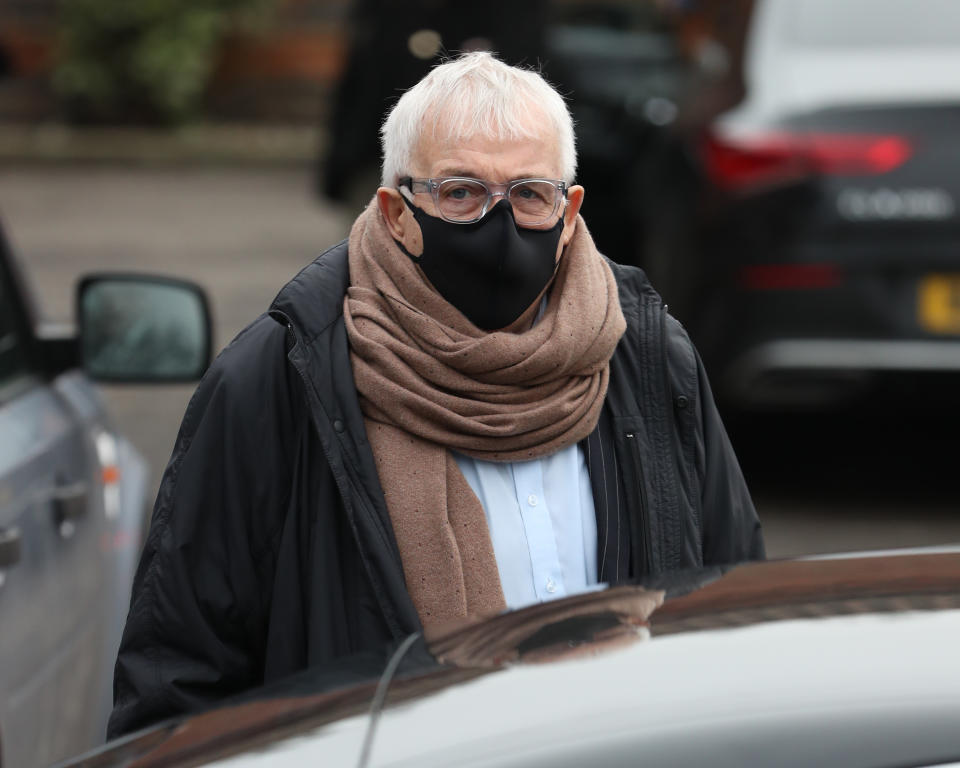 Christopher Biggins during the funeral of Dame Barbara Windsor at Golders Green Crematorium on January 08, 2021. (Photo by Neil Mockford/Getty Images) 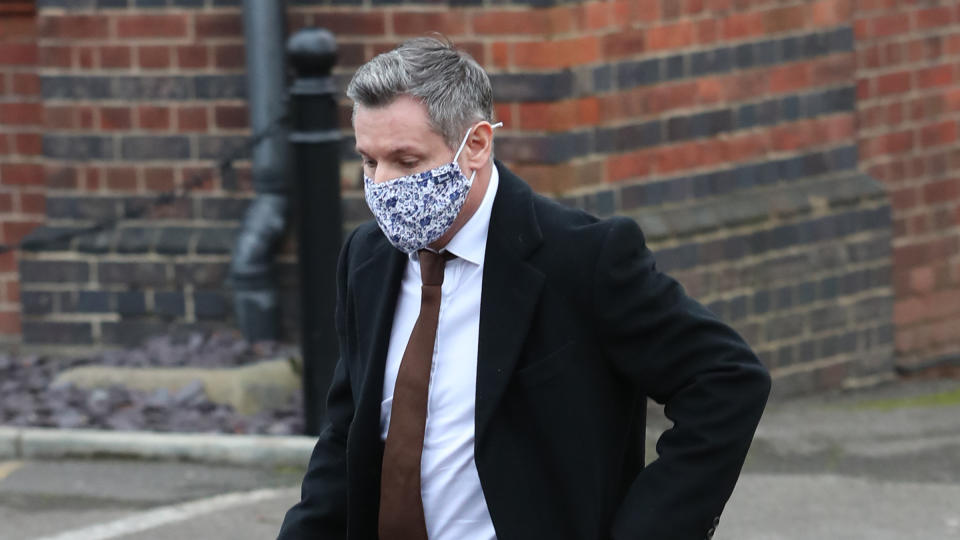 Dean Gaffney during the funeral of Dame Barbara Windsor at Golders Green Crematorium on January 08, 2021. (Photo by Neil Mockford/Getty Images)

Windsor was best known for her iconic performance as Queen Vic landlady Peggy Mitchell in EastEnders and her accompanying “get out of my pub” catchphrase.

She was part of the show from 1994 until 2016, when the character passed away as a result of breast cancer.

Windsor had previously found fame as part of the ensemble of the Carry On movies, appearing in classics like Carry On Camping in 1969 and Carry On Matron in 1974.

The Alzheimer’s Society was among the organizations paying tribute to Windsor’s work ahead of her memorial today, with the Royal British Legion also expressing their fondness for the star.

Windsor’s husband, Scott Mitchell, has asked for well-wishers to offer donations to Alzheimer’s Research UK in her honour.

The charity has already almost received £150,000 worth of pledges via the JustGiving page set up to commemorate the star and her fundraising work.

The page states: “Scott and Barbara’s brave decision to go public with her diagnosis has given others the confidence to share their stories.

“And support for Alzheimer’s Research UK’s vital dementia research has grown since she left us, showing just how much she meant to so many.”

Finest Issues to Do in Windsor, CA