Tesla owner Krista Rigby would like options on where to go to service her vehicle, but the electric vehicle company is one of many that doesn’t share repair or update information with smaller auto repair shops.

“I would like the option to be able to go somewhere local,” she said. “It would be easier to just pop into somewhere in Amherstburg or Windsor to have it looked at.”

On Friday, Windsor West NDP MP Brian Masse introduced the right to repair automotive vehicles private member’s bill at Parliament. The law, according to Masse, would include a set of rules that big auto manufacturer’s would use to share the software and training them use to repair their products.

Masse added this would give people more options on where to take their vehicle and will drive competition among auto shops.

Tesla owner Krista Rigby says it would be great to have more auto shops nearby that knew how to repair or update her vehicle. (Jennifer LaGrassa/CBC)

“[I’ve heard from] consumers … where they took a vehicle to their local shop and it couldn’t get fixed properly and they had to then take it somewhere else,” he said.

Masse had proposed similar legislation in 2009, but the industry decided to do a voluntary agreement instead.

Since it was voluntary, not all companies have chosen to share their information, Masse said.

Now, with the amount of digital technology that has gone into vehicles, Masse said this new legislation would push the voluntary agreement forward.

“Back in 2009, we didn’t have the same type of electric vehicles that we have today and some of the changes that we see that are quite dramatic for the industry so this helps modernize that,” he said.

OK Tire Auto Service owner Dave Santing said he thinks the sharing of information would be good for business.

“It’s going to allow us to get all the information and technology for repair work on vehicles of the future. It will help us maintain staff, which will need to be educated, so it will help our trades, as well as give the consumer an opportunity to choose where they’d like to have their vehicles repaired,” he said.

This sort of legislation is also being looked at in the United States. Last week, Reuters reported that US lawmakers were introducing these sorts of laws for vehicles, electronic devices and agriculture equipment. 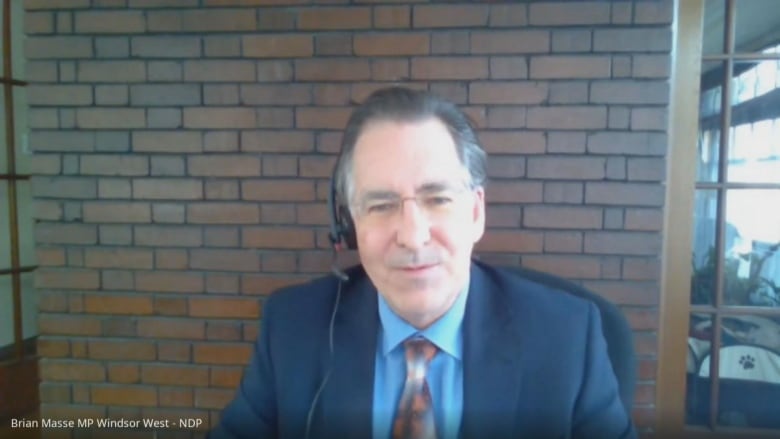 Windsor West NDP MP Brian Masse introduced the bill last week, though it’s based on legislation he was pushing for in 2009. (Jennifer La Grassa/CBC)

President of the Electric Vehicle Society of Windsor-Essex Pino Mastroianni said he hasn’t heard a demand for something like this just yet within the electric vehicle community.

But as more people buy electric vehicles and the Canadian government aims for all vehicles sold by 2035 to be zero emission, he said it would be beneficial to have more shops with the know-how to fix them — especially as the warranty wears off.

“There will soon be a demand for repairs, whether it’s aftermarket or at the dealers, so definitely we need to start preparing for the future to educate and train today’s and future mechanics to make these repairs,” he said.

Law might not be welcomed by big auto companies

But Peter Frize, a University of Windsor automotive engineering professor, told CBC News that big auto companies might not want this type of legislation.

“It costs billions of dollars to develop [vehicle] technologies and [the companies] have to be able to recover that investment somehow,” he said. 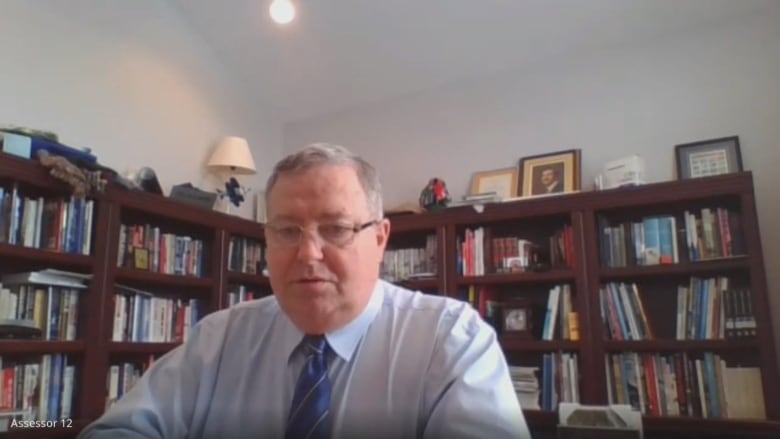 Peter Frize, University of Windsor Automotive Engineering professor, says this sort of legislation needs to be considered from many angles. (Jennifer LaGrassa/CBC)

“In the process of developing that new technology, the car companies develop a lot of intellectual property — software, know-how, new materials, new manufacturing techniques, new design methodologies — and they’re reluctant to just put that out into the public because then other companies could just get it.”

He added that product liability is another big concern, as the company could be at fault “if people who are not authorized or who are not experts and do not have the tools and skills needed try to work on one of their products.”

Frize also mentioned that the costs taken on by local repair shops — those associated with purchasing the software and hiring or training staff on the new technology — will likely be ones that the consumer ends up absorbing.

He added that laws such as this are complex and need to be looked at from many different angles.

At this time, Masse said he is planning to reach out to major auto companies.