Amanda Holden has shared a preview photo teasing her upcoming appearance on Inside Edition.

The TV star was pictured wearing all black while standing in Windsor on the eve of the Queen’s funeral, working alongside Alison Hall.

In the caption, she wrote: “Always great to work with @alisonhallreporting.”

Amanda is no stranger to working on Inside Edition, and has worked on the show on a number of occasions reporting on royal events in London, including the weddings of the Prince and Princess of Wales and Prince Harry and Meghan Markle.

Combining her work with her family life, the doting mom was joined during her Windsor visit by her daughters Lexi and Hollie, as well as her mom, who laid all flowers for the Queen. 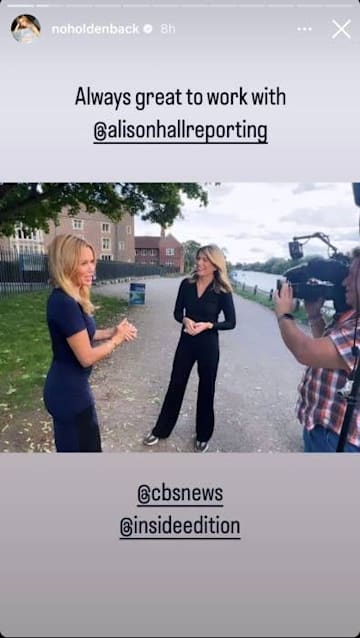 Amanda Holden filming for Inside Edition in Windsor

Amanda shared a number of poignant photos from the day out on social media, including a picture of the sea of ​​floral tributes and cards outside Windsor Castle.

The TV presenter has paid a number of tributes to the Queen following the news of her death on 8 September. She wrote shortly after the news was announced to the world: “I think we all thought our Queen would live forever… 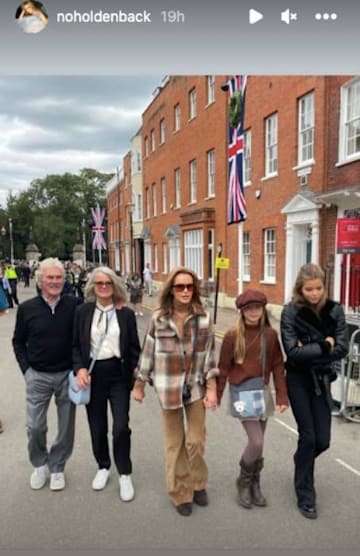 Amanda was joined in Windsor by her family, including daughters Lexi and Hollie

“Her grace ,good humor and indomitable spirit.. embodied everything that made Great Britain , Great . I just can’t imagine our country without her .. My thoughts are with her family.”

She also shared a poignant message on the day of the Queen’s funeral on 19 September, alongside a black-and-white photo of her on the day of her coronation. Alongside the image, Amanda wrote: “Rest in Peace your Majesty.”